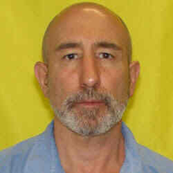 My name is Donald Glenn. I have been falsely imprisoned in the State of Ohio, USA since 1984. With the help of the eager news-media, the State and others have perpetrated this deliberate fraud, at my expense, for over 35 years now. They use me as a scapegoat, to keep all of their wrongdoing covered-up in this case. I honestly need your help and support, to correct this mockery of justice.

Beginning in May 1984, shortly after a serious car accident, I developed severe mental and physical health problems: Unknown at the time, I became severely mentally ill. A few months later, in August 1984, while severely mentally ill, I was involved in a shooting incident with city police officers in Cambridge, Ohio, USA. One officer was killed, another off-duty officer was wounded, and I was later wounded. There…