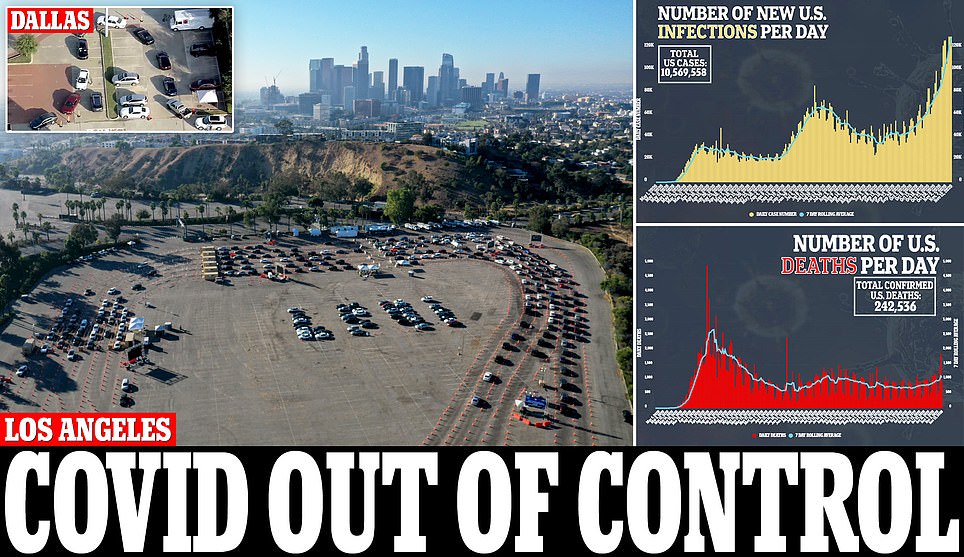 The number of COVID-19 cases and hospitalizations per day in the United States is continuing to hit record highs – as massive lines form at testing sites right across the country as states battle the third wave of the virus.

New infections across the country hit a record high for the third consecutive day with 153,496 cases on Thursday. Daily cases have repeatedly surged to all-time highs of more than 120,000 per day over the past week.

Hospitalizations have also reached a single-day high with more than 67,000 patients currently being treated across the country.

Deaths, however, dropped slightly with 919 American dying on Thursday. It comes after the death toll spiked a day earlier to 1,893, which is the highest number of fatalities since May 8 during the initial peak of the outbreak.