We’ve logged four new cases so far this weekend in Indiana, California, Texas and Florida. You can read about them – and every other known case – at theguardian.com/thecounted

“It’s just heartless. How could they be so heartless?”

A Louisiana, Missouri father was prevented from saving his 3-year-old son from a house fire when cops tased him three times for attempting to enter the burning building.

For those interested in helping the family affected by this horrific incident, monetary donations may be sent to the Mercantile Bank in Louisiana, c/o Ryan Miller or the Riley Miller fund.

A federal appeals court halted implementation Thursday of the landmark ruling that invalidated parts of the New York Police Department’s stop-and-frisk program. After months of testimony from more than 100 witnesses in a class action challenge, U.S. District Judge Shira Scheindlin held in August that the police department engaged in unconstitutional racial profiling, and ordered federal oversight.

The appeals court did not rule on the merits of the case, but said the ruling would remain on hold while it reviewed the appeal in the case. Significantly, the court also removed Scheindlin from the case, finding that she had violated ethics rules by suggesting to lawyers that this sort of lawsuit be filed, and speaking publicly to the media about the case.

Scheindlin authored an exhaustive opinion that found the NYPD effectively set quotas for stops and arrests, called black and Hispanic men “the right people” for the purpose of stops, that the NYPD disproportionately stopped young blacks and Latinos even when accounting for crime statistics, and that even the NYPD’s low success rate — 6 percent — is likely inflated by questionable arrests for marijuana.

Another judge will handle the case going forward, which will become more significant if the appeals court overturns the ruling and remands it to the district court for review.

According to the Center for Constitutional Rights, which represents the plaintiffs in this case, the appeals panel opted to remove Judge Scheindlin even though the City of New York did not request that they do so, nor raise “any claims of legal bias” by Scheindlin.

This article was published at NationofChange at: http://www.nationofchange.org/appeals-court-blocks-nypd-stop-and-frisk-ruling-1383490718. All rights are reserved.

Conservatives defend police abuse until ..
October 22, 2013  |
http://www.mattbors.com/blog/
http://www.alternet.org/comics/matt-bors-right-wing-hypocrisy-over-police-violence
In my eyes Matt Bors is a Genius!
You´ll learn more of him: Bors and McFadden September 30, 2013: http://www.youtube.com/watch?v=1WYtAzuh0UU&feature=share via @youtube

The racism of Austin‘s finest

Lucian Villaseñor reports on the effort to win justice for Larry Jackson and his family.

LARRY EUGENE Jackson Jr. was slain by the Austin Police Department (APD) on July 26 in yet another tragedy for a community that is no stranger to police violence.

While police were investigating a robbery that occurred earlier that day, Jackson tried to enter the bank during business hours, but was stopped by locked doors. After coming back a few minutes later, a bank manager noticed Jackson at the door and went outside to ask questions. A few moments later, the manager informed Detective Charles Kleinert, who was interviewing bank employees, that Jackson “misidentified” himself.

Kleinert himself went to the door and questioned Jackson for a few minutes, and Jackson ran from the detective. Kleinert commandeered a civilian car to hunt down Jackson to a bridge near Shoal Creek and 34th Street. After a scuffle, he shot Jackson in the back of the neck.

After the shooting, Assistant Police Chief Brian Manley told reporters they were “confident” Jackson was going to “commit a fraud” [1] at the bank. He would not comment why he was so confident, nor what type of fraud Jackson was planning to commit. When asked if it was illegal to run from police, Manley said no, but added, “It’s never a good idea to run from police.”

JACKSON’S DEATH at the hands of police is a bitter reminder of the racism that continues to thrive in Austin and around the country. If we look at previous cases in which Austin police killed unarmed people of color, Jackson’s family and their supporters could face a long struggle–many other families are still fighting to attain justice for their slain loved ones.

Take the case of Byron Carter Jr. On May 30, 2011, Carter was killed as he was trying to flee two cops who approached him from behind, guns drawn, without identifying themselves. In a federal lawsuit that ended in June of this year, jurors ruled against the Carter family and absolved the APD of any responsibility. “It was very political, it was very racial, and it was not fair,” Byron Carter’s grandmother Gloria Clark told reporters. “There is no justice at all, and I have no faith in this system.”

Two years before that, the APD murdered Nathaniel Sanders while he was sleeping in the back of a car, and severely wounded Sir Lawrence Smith, who tried to flee as he awoke to gunfire.

Local civil rights groups critical of the Austin police force, such as the Texas Civil Rights Project and the Austin chapter of the NAACP, claim these shootings demonstrate that the APD force is lacking in training and professionalism.

“These shootings seem to indicate that the police are not being properly trained and supervised and are overreacting in situations, to the peril of the citizens,” said Jim Harrington, director of the Texas Civil Rights Project. “We cannot tolerate this constant use of deadly force. People should not have to fear for their lives when they are in a parking lot, stopped for a traffic offense, or go to the bank.”

This is certainly the minimum that we should expect. In truth, the APD’s track record, like the track record of police departments across the nation, shows thinly veiled contempt for Black life. Such callous disregard for the rights of racial minorities deserves to be called what it is–institutionalized racism.

At a rally in front of APD headquarters to demand justice for Jackson, Richard Franklin described the fear he faces daily for “living while Black.” “I go to work, I pay my bills, I follow the law, I try to be a good person, yet I live with this post-traumatic stress disorder just for being me.”

He added that the oppression suffered at the hands of police is just one aspect of a system controlled by the wealthy few at the top who leave us fighting for crumbs at the bottom. This system has pervaded our schools and health care, which some in town call the “womb-to-prison pipeline.”

In 2007, as the APD’s own internal investigations exonerated the department and tensions with the community mounted, local civil rights groups called for the federal Department of Justice (DOJ) to investigate the APD. At the end of a four-year investigation, the DOJ declared that it had found “no reasonable cause to believe that APD has engaged in a pattern or practice that violated the Constitution or laws of the United States.” Now that the APD has taken another innocent life, these same groups are calling upon the DOJ to start another probe.

The recent Trayvon Martin ruling showed us we can’t rely on the courts, and considering that the DOJ whitewashed the crimes of the APD in the past, it wouldn’t be wise to expect another probe to produce different results. But we do know what does work: Taking our demands to the streets and pressing those in power to deliver justice. Holding Detective Kleinert accountable for Jackson’s murder is just one step in the movement for justice in Austin.

Published by the International Socialist Organization.
Material on this Web site is licensed by SocialistWorker.org, under a Creative Commons (by-nc-nd 3.0) [2] license, except for articles that are republished with permission. Readers are welcome to share and use material belonging to this site for non-commercial purposes, as long as they are attributed to the author and SocialistWorker.org.
[1] http://www.austinchronicle.com/blogs/news/2013-08-05/apd-searching-for-witness-to-fatal-officer-involved-shooting/ [2] http://creativecommons.org/licenses/by-nc-nd/3.0


Video of Police in Sweden

This is What Happens When You Attempt to Take Video of Police in Sweden:

This video is shocking and totally not what you’d expect! Video:

July 26, 2013 was a gloomy day for the Maasai community who live in Narasha in Naivasha< Kenya. By day break, hundreds of hired goons accompanied by armed police officers stormed the settlement and burned over 61 homesteads. During the raids 500 lambs, 200 calves and food that was in stores were burnt. During the ensuing melee 2 men were shot and wounded and are currently receiving treatment. Over 2000 people were left homeless and are currently living in the cold without food or shelter. Narasha has been home for the Maasai but a land deal perpetrated by the former government regime has perpetually been bent on grabbing the Land. The land in question has allegedly been sold to KenGen for the production of geothermal power with funding from the World Bank.

Court lets serial offender walk because he didn’t like jail 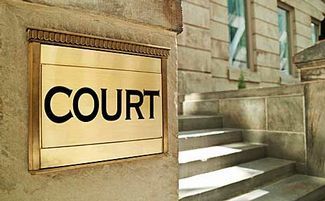 The New York State Senate passed a controversial bill on Wednesday that aims to classify ‘aggravated harassment of a police officer’ as a crime, but will it give the authorities the green light for strong-arm tactics if passed?

Suddenly,  reading and watching this article about Missing Children, I had the idea,
to show it here, perhaps it helps somebody:

Missing Persons Of America

http://www.huffingtonpost.com/2013/04/29/baby-found-sandy-beach-honolulu-hawaii_n_3180270.html#slide=1602212
1 of 27:  to the photograph above:

JaRay Wilson
JaRay Mickell Wilson, 16, is missing from Cleveland, Ohio. She was last seen in Weatherford in Custer County, Oklahoma on Oct. 15.
She is currently listed as a runaway, but but authorities believe she may have been trafficked. Wilson is 5′ 2″ and weighs 95 pounds with green eyes, black hair with blond streak on the left side, and has three piercings on her bottom lip.
Wilson has been entered into the National Crime Information Center Database as a runaway, according to the Sheriff’s Office.
If you have any information, call the Custer County Sheriff’s Office at (580)-323-1616. (Missing Persons Of America)
×